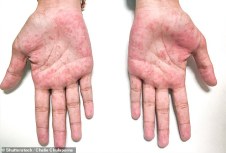 This is one that I have never heard of before. It is amazing the sheer number of diseases out there and the distribution of them.  Some are located  here, some are located there and we never hear of those “over there” unless they happen to make their way “over here” – which is happening more and more frequently.

A prime example of this is Dengue Fever.  Once thought of as usually only found in the South Pacific, Dengue is making it’s way around the World.  This year will probably find it hitting here in the U.S. and growing over the upcoming years.

A couple of other ones making the jump from the Caribbean and South America are:

MAYARO Virus, symptons similar to those of Dengue and Chikungunya,  hails from the Carribean area.

MADARIAGE Virus (or South American Eastern Equine Encephalitis Virus) has been found primarly in animals but has nade the jump to humans in Panama. Now it has been found in Haiti so it is starting to circulate outside of it’s orignial areas,